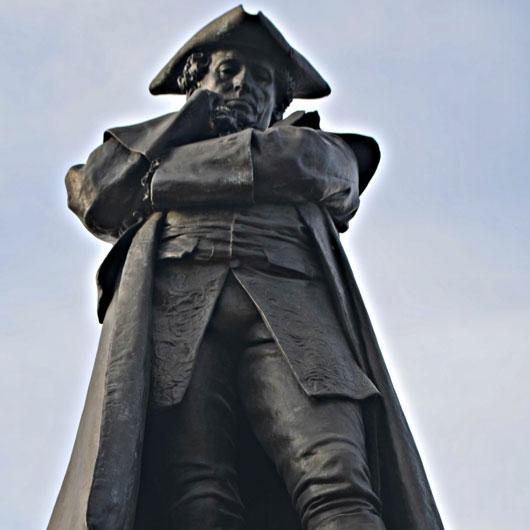 "I felt drawn to voicing the statue of John Howard because I grew up near Luton; Bedford Prison was close and I knew people inside.”

John Howard (1726-1790) was a philanthropist, High Sheriff of Bedfordshire and prison reformer, who wrote the first detailed survey of prison conditions in Britain. As a young man he was briefly imprisoned after being taken hostage in Brittany, an experience that had a lasting effect on him.

After being made High Sheriff, Howard inspected Bedford County Gaol himself rather than delegating this to a deputy. He was horrified at what he saw, describing prison cells 'four and a half feet square' where 'the straw, worn to dust, swarmed with vermin'. This led him to make a detailed survey of several hundred British prisons and recommendations for their improvements, which he published as The State of the Prisons in 1777.

Sing London worked with The Place Theatre and inmates at HM Prison Bedford to create a new voice for John Howard. During a series of creative writing workshops held at the prison, inmates imagined what John Howard would make of Bedford prison today. Their monologue invites listeners to learn Howard's remarkable story - and offers a thought-provoking reflection on life inside.

Find out more about the Howard League for Penal reform here