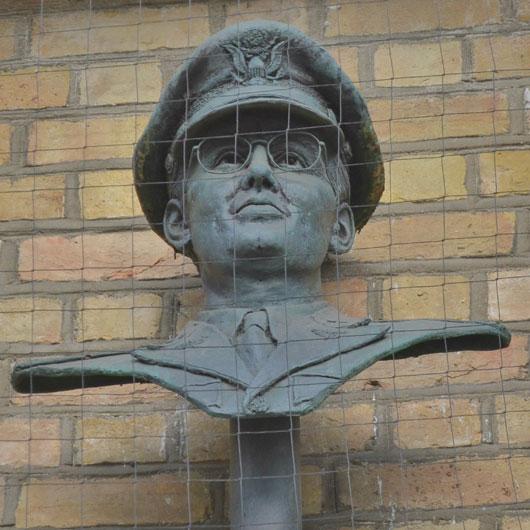 "When I first used to go to record shops, I'd go through all the Swing and Big Band LPs - my favourite was Glenn Miller! I was delighted to be given the opportunity to bring Glenn back from wherever he's been - his music just makes life feel better.”

In the Mood, Pennsylvania 6-5000, Moonlight Serenade; no one is more synonymous with the Big Band sound of World War II than Glenn Miller. The swagger and sparkle of his syncopated hits made the band leader the best-selling artist between 1939 and 1943.

Anxious to join the war effort in 1942 and rejected from active service, Miller persuaded the US Army to allow him to lead 'a modernized Army band' to entertain the Allied forces. This proved so successful that he was promoted to the rank of major. Many of Miller's concerts were recorded at the BBC wartime studios in Bedford, and he also gave a memorable public concert at the Bedford Corn Exchange in August 1944.

On 14th December, 1944, Glenn Miller spent the night at Milton Ernest Hall in Bedfordshire, from where he was due to fly to Paris the following day. His plane departed from the RAF base at Twinwood Farm, carrying Miller and two others. Somewhere over the English Channel the plane disappeared. Its remains were never found.